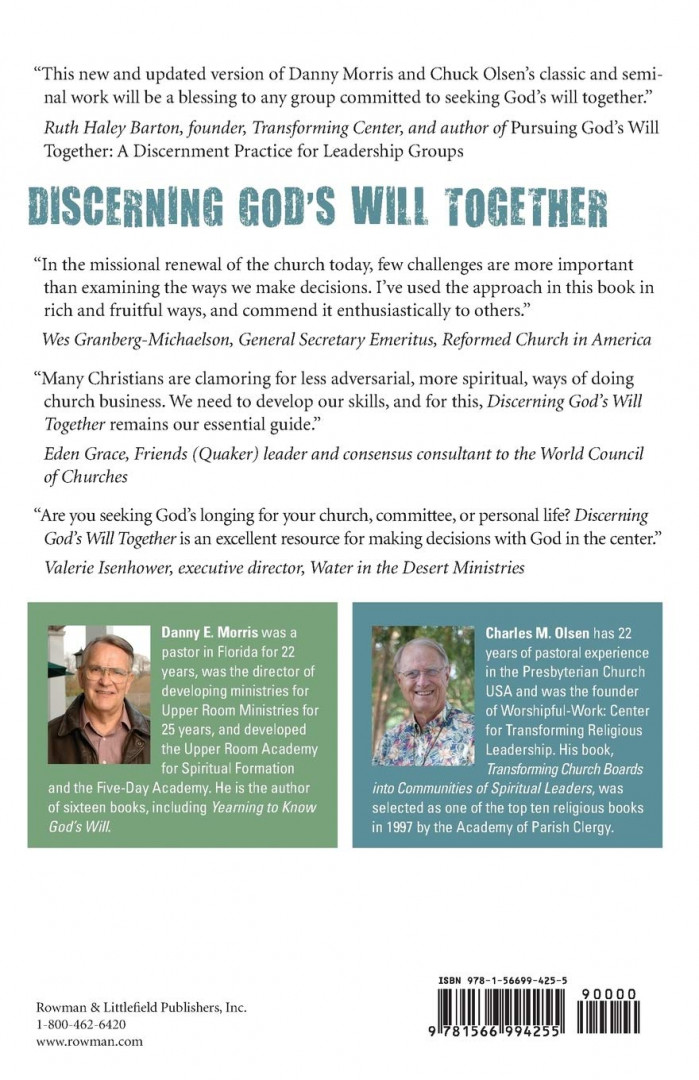 A Tribute to Danny Morris

A Tribute to the Rev. Danny Morris

A Man Who Helped Many Discover

—How to Listen, Test and Know When God Speaks…

Neither of us knew each other, for a lot of very good reasons…

And God set it up that we should meet and learn together. Here is how it happened.

After much consideration, and a lot of “to-ing and fro-ing” the decision was made. I enrolled in doctoral studies, at Gordon-Conwell Theological Seminary. The reputation of the school was stellar, the faculty strong, and there were financial incentives for people in the Arrow Leadership program. Well, that sealed the deal. My thought was that I was heading to Boston area. But God had a better idea…

Unbeknownst to me, Gordon Conwell had several extension campuses. As it turned out, I wound up in Charlotte, North Carolina, studying at that campus as a part of an arrangement with Arrow. The first year was credited to me, as an Arrow Exec grad. The second year (my first on campus) included several required courses that were to be completed. When that was done, there was a defining moment that set up the divine appointment.

It all seemed so very ordinary. There was a lunch appointment with the director of the program to review what had happened—and what were the next steps to obtain the doctoral degree.

“You need to write a thesis—after thorough research in a topic in which you can make a scholarly contribution,” said the program director, Dr. Steve Klipowicz.

“Well,” I replied, “I have two primary interests.” I paused before answering. “Prayer, especially the Lord’s Prayer, and the Holy Spirit in Paul’s epistles.” I had written a book on the Lord’s Prayer and its key phrases and had researched God’s Kingdom, particularly as it pertained to the Holy Spirit in Paul, especially Ephesians, in Masters’ degree work.

Dr. Klipowicz pondered that; after consideration, he made the statement that would lead to the divine appointment.

“There is an area in which both overlap—and it has little in the way of research being done.” Dr. K. replied. “There is a book on communal discernment—called ‘Discerning God’s Will Together’,” he said. “It is written by two authors, Morris and Olsen. It contains an approach to help groups of people, whether churches or small groups, listen to God together. As far as I am aware, it is the first resource produced on that topic—I don’t know of any others that give a method to do this. It is being used by a number of churches in this region. I wonder…”

Dr. K. paused and then continued.

“Perhaps you should read that book, examine the material to determine whether it is faithful practice, in harmony with Scripture, interview various individuals, groups and churches that have used it, and examine the practical application of its principles?”

The idea held great appeal—it was at the intersection point between my two areas of focus—I would be building on what I had been learning for decades. It didn’t take long to make that decision.

“Yes,” I said. “I will need to pick up the book and read it to get started. This topic has significant interest for me.”

After we agreed that this would be the focus (a major step, done in one interview), Dr. K. indicated that I needed a second reader—someone who had scholarly credentials, and was a prayer author of note.

A name came to mind immediately…

Dr. Maxie Dunnam had become my friend through a significant divine appointment some years earlier. He was (and is) more than a cheerleader as well as a prayer partner. He had also been the director of the Upper Room, was formerly president and then chancellor of Asbury Theological Seminary, and had written 42 books, some 30+ on prayer—and, in 2009, we had collaborated on the use of Spirit-language in his 2010 Upper Room book, “The Workbook of Abiding in Christ.”

When I mentioned the name, Dr. K. indicated tentative approval, and directed me to send Maxie a note (copied to him), to make the record official. It was done then. I would read the Morris/Olsen book, begin to determine whether the material was consistent with Scripture, and then research whether using the approach was faithful practice. I wrote the email, and copied Dr. K.

“Maxie,” I wrote, “Would you serve as second reader for a thesis in which I study the intersection of prayer and Spirit, on the topic of Hearing God’s Voice together?”

I will never forget the awe that washed over me when Maxie replied.

He told me that I should be speaking instead to his very best friend, a co-worker of 25+ years at the Upper Room.

“He wrote a book on the topic you are working on,” wrote Maxie.

“It is called ‘Discerning God’s Will Together.’ He co-wrote it with a fellow named Olsen.”

Now think with me for a passing moment. There are about 330 million Americans, and some 37 million Canadians—that makes for 367 million people between the two countries.

That two should meet who want to examine a narrow topic together, not written on before year 2000, is “off the probability charts.”

While there were/are literally thousands of books on how individuals pay heed to the voice of God, yet there was only one written on communal discernment—one book in all of Christian history on that topic.

And now I was meeting the author of that book, because a prof mentioned the book over lunch, told me to read it, and I happened to ask his best friend of decades to be my second reader.

And so, I met the co-author of the first book in 2000 years of scholarly history on communal discernment—Rev. Danny Morris. The man was brilliant—the author of 21 books. He also spoke with a thick southern accent.

The accent and the brilliance were always together—a unique hybrid, and that was the glittering jewel of the relationship.

So began a friendship with Danny (and his wife Rosalie) that spanned a decade. Actually, I found myself entering a friendship of 25+ years between Maxie and Danny. Danny Morris introduced me to his co-writer, Chuck Olsen. He gave me significant contacts with individuals and churches that had used his approaches and introduced me to many of his friends. He reviewed each section of writing that I did that pertained to his topic (and corrected several Methodist history errors!).

Most importantly, he laughed—all the time.

He teased me (and everyone in sight) gently and mercilessly.

Called himself “Bubba” and called me “Bubba North!” He sent me regular e-mails with two consistent themes:

He had me stay at his home, and gave me a tour of Nashville, and then, of Franklin Tennessee. He introduced me to the staff at the Upper Room and Seedbed Press, and then he and Maxie took me out for a catfish dinner (introed me to Sweet Iced Tea). He came and spoke at my church in Alberta. He (and Maxie) brought their two families together to throw a reception at a fine restaurant when I got my degree—and then gave me the money that the school had paid he and Maxie as advisors—and this to help defray my expenses, so that I could pay the airfare back home.

A few years later, my wife, my daughter and I vacationed to be with him (and his best friend Maxie) together! We went on a boat ride with his son, Alan, then he and Rosalie spoiled my daughter with too much attention and gifts!

I remember one moment as if it were yesterday. We were walking through the atrium of the Gaylord Opryland resort (he took us there to give my daughter a ride on a boat inside the resort). We came upon a huddle in a hallway, a throng of people.

Danny stopped, and made the whole crowd halt right where they were. He addressed the crowd:

“A thought for the day,” said Danny emphatically. Then he delivered a two-minute reflection on the virtue of laughter.

A kindly lady with a sparkle in her eye asked me who he was. I replied, “He’s a Methodist preacher—he needs a congregation.”

She laughed, listened to him, and he teased her too, and all of us in that little throng (about 15 people) laughed together!

Now he has a different audience, and many are before him.

Danny passed into the presence of God on New Year’s Day, 2021, holding his daughter’s hand as she spoke Psalm 23 into his deepest soul.

When I got the news, I cried like I had lost my dad a second time. Danny was more than a friend—he was a wise mentor—a coach to anyone he could help, and a father figure to me after my own dad passed away—though I never really understood that part, not until I attempted to write out this tribute to him. While writing this, I thoroughly understood how significant this man was to me and my family.

Danny, we love you—and we’ll see you in heaven when the time suits God’s agenda. I am looking forward to hearing the accent, filled with friendship and flashes of brilliance, as you call me “Bubba North” on our Resurrection Day at the end of time.