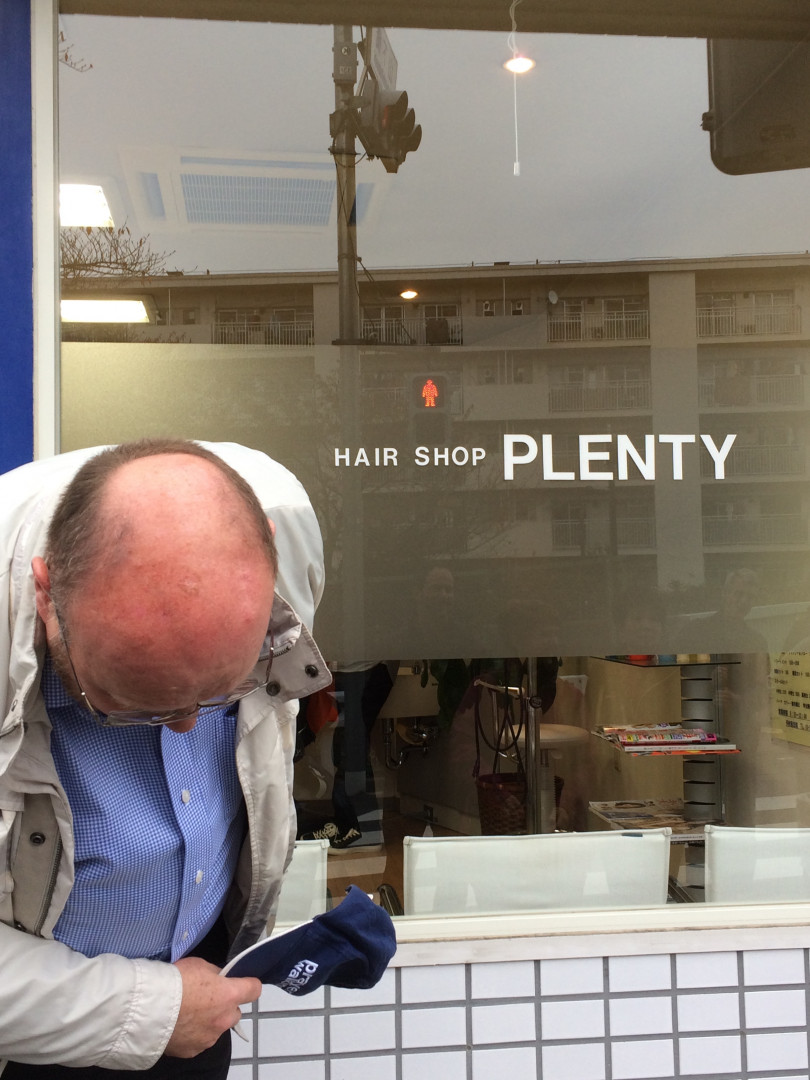 I have a strange relationship with this passage in the book of Acts:

“WE HAVE FOUR MEN UNDER A VOW; TAKE THEM AND PURIFY YOURSELF ALONG WITH THEM AND PAY THEIR EXPENSES SO THAT THEY MAY SHAVE THEIR HEADS…”

It was the most unusual experience of hearing the voice of God I have ever had.

You see, the church I was serving needed a youth pastor. They had never had one before, so this was new territory for the congregation.

And, when the day was done, we hired a youth pastor who wore a leather jerkin, who had copper bracelets, and grew his hair long—13 ½ inches from the top of his balding head down the sides of face and neck. It would be a stretch to call him “conservative”—though in many issues he was.

Now the fellow was very skilled.

And he developed a plan to teach the teenagers in the church about missions, discipline and sacrifice for others. He had a warm relationship with an orphanage in Northern Mexico, and indicated he wanted to take 20+ teens there to teach them to serve the poor.

The goal was noble—

And the project was completely outside the box for those parents who had never had a youth pastor before. The needed monies were not coming in. Still, time was on the side of the Youth Pastor. He could do fundraisers, and ask for pledges. He found adult sponsors to travel with the team, locked the timeline with the orphanage, and chartered a bus to take the teens there.

And the money didn’t materialize.

Two weeks out from having to pay for the bus, he was concerned—and told us at the staff meeting. So, among other matters, we asked the Lord to supply so that the event could go forward.

And… We went about planning for our weekend services.

Both of us took Fridays off. And on that Friday morning, the youth pastor had a moment in which he and God “talked.” He named that he was $1500.00 short for the bus charter, let alone the expenses for the mission, like food, and fuel, etc. and he had to pay for the transportation just two weeks out. And so, he got before the Lord and asked him what he needed to do to fund the trip.

Into his brain came a thought that was so alien to him that he reacted negatively. He “heard/sensed/felt” a gentle voice telling him to auction off his 13 ½ inches of hair for $120.00 an inch.

As soon as the thought entered his brain, he stood to his feet and said, “NO WAY! THERE IS NO WAY I WILL DO THIS UNLESS GOD ORDAINS THAT SOMEONE ELSE TELL ME TO DO EXACTY THAT!”

He began to strut around his home, asking God for another way.

Meanwhile, it was a leisurely Friday morning. As I was going about my day, it dawned on me that I hadn’t assigned the announcements to anyone for Sunday’s service. So I called the youth pastor to ask him whether he would take on that role.

After asking the fellow whether he would be able to do the announcements, we chatted.

“I don’t know Pastor David! I’m not getting traction on the mission’s trip. Wondering whether I have to cancel the trip, and take the loss on the deposit for the bus.”

The fellow was mildly depressed about this. So, after a few moments of bantering an idea or two around, we prayed together. Then I found myself saying something that I thought was rude and obnoxious.

And as soon as those words were out of my mouth, I realized that they were abrupt, rude and bordering on insensitive.

On the other end of the phone, the Youth Pastor was letting go something akin to a primal scream. And then he hung up the phone.

I called him back, to apologize for my abrasive, insensitive comment. He answered, told me not to call him back and hung up.

So, wanting to make this right, I hopped into my car to drive over and tell the fellow I was sorry for my insensitive remark—and as I drove up he was driving away.

When next we saw each other, he looked unkempt, and told me that he didn’t want to discuss the matter. So I made my apology and we moved on to other things.

At our staff meeting the next week, we were using the One Year Bible for our New Testament reading for prayer. The passage was Acts 21—in which Paul takes a vow to shave off his hair.

When we listened to it, the fellow looked oddly at us.

Then he told the staff what had happened—his growing concern, his prayer time, the weird thought in his brain, his rejection of that action, and his stipulation to God (at the top of his lungs) that someone who had no idea of his prayer time tell him to do exactly that. Then he looked at me, groaned and said, “Then you said it!”

The next weekend, at our family outdoor service (when we regularly had only half our usual attendees), he got up, told the congregation he needed $120.00 per inch—and had the money in mere minutes, and a surplus to boot!

There was a hair stylist at the picnic, and so, despite his complete discomfort at the prospect, the deed was done at the close of the service, during the picnic. As the hair came off, and the fellow groaned and grimaced, the teens gathered up tufts of hair and kept them in plastic bags as a memory against that day.

But it was the change the happened in everyone involved that was poignant.

God “spoke”—though it was most certainly an unorthodox way of getting all of our attention. And sometimes, God “speaks” outside the box.